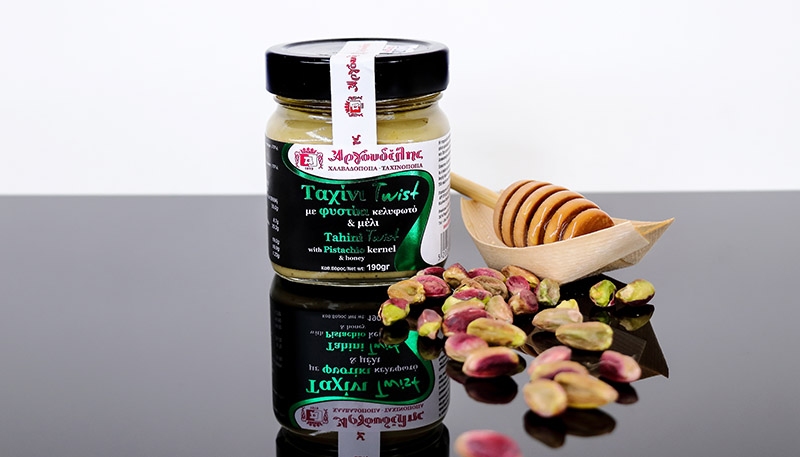 The history of sesame
Sesame has been cultivated for 5000 years. Hippocrates emphasised its high nutritional value and contribution to our overall well-being. The Chinese used it to control metabolism and the Persians included it in their medicinal remedies. Its value also becomes apparent from the fact that the Assyrians used it in commercial transactions as currency of value equal to silver!

The nutritional value of tahini
Tahini (crushed sesame seeds) is rich in Vitamin E and also contains Vitamin B, selenium and zinc.

next article
>
We use cookies on our website to give you the most relevant browsing experience. By clicking "Accept All", you consent to the use of ALL the cookies. However, you may visit "Cookie Settings" to provide a controlled consent. Read more
SettingsAccept All
Manage consent

This website uses cookies to improve your experience while you navigate through the website. Out of these, the cookies that are categorized as necessary are stored on your browser as they are essential for the working of basic functionalities of the website. We also use third-party cookies that help us analyze and understand how you use this website. These cookies will be stored in your browser only with your consent. You also have the option to opt-out of these cookies. But opting out of some of these cookies may affect your browsing experience.
Necessary Always Enabled
Necessary cookies are absolutely essential for the website to function properly. These cookies ensure basic functionalities and security features of the website, anonymously.
Analytics
Analytical cookies are used to understand how visitors interact with the website. These cookies help provide information on metrics the number of visitors, bounce rate, traffic source, etc.
SAVE & ACCEPT